I received an email from a private mailing list recently, asking for some help in reviewing the contents of a packet capture file:

“I have a 2.5 GB pcap file which I want to verify that it contains only encrypted content. […] I’m wondering if anyone knows of a way that I can accomplish this using Windump or some other Windows utility.”

This kind of analysis happens frequently when performing a black-box pentest against a protocol.  Over the years I’ve used a couple of techniques to evaluate the content of packet captures to determine if the traffic is encrypted or just obfuscated.

Strings and Other Fun Unix Tools

The strings utility can be used to evaluate the contents of a packet capture to pull out any content that is within the ASCII character set.  First, for a packet capture I know to contain unencrypted content:

This content isn't particularly illustrative, since these strings aren't ASCII words or other content that would immediately identify the presence of unencrypted traffic. We can modify the strings command to only show longer strings by adding the "-n" argument:

This is more interesting, allowing us to easily recognize plaintext strings representing hostnames and Windows client traffic. It's not always this easy though; consider the case of obfuscated traffic, even something as simple as XOR with a fixed value. This would obscure the presence of plaintext strings, but not actually be encrypted.

We have a golden rule with encryption: encrypted content should be indistinguishable from random content.  This is an attribute we can use to visually assess the bytes of a packet payload.  A packet payload histogram tool reads through a packet capture and counts how frequently each byte of packet payload occurs.  My pcaphistogram tool identifies TCP and UDP packets, counting the payload data and creating a gnuplot-compatible script to graph the results.  Lets look at an example using the capturte1.dump packet capture:

The capture1.png file is displayed below.

By comparison, let’s look at an encrypted packet capture example:

Here the byte values are very narrowly distributed, with very little variation in frequency from one byte to the next.  This pattern is unlike the prior unencrypted pattern, but it is still difficult to ascertain if this content is encrypted.  We know the content appears random, which is an attribute of encrypted traffic, so it is likely to be encrypted, but it could also be just random traffic.

A third example is shown below.

The pcaphistogram tool has served me well for many assessments, but lately I’ve been favoring a different approach.

Ent is a simple yet very useful tool that reads from a specified file and performs several tests to evaluate the content of the data including:

Ent is not installed by default on Backtrack and unlikely to be present by default in other distributions.  On Backtrack, you can install Ent by running “apt-get install ent”.

Using Ent is very simple.  For example, dumping data from the Linux /dev/urandom device and evaluating it with Ent displays the following content:

Ent reports that the entropy for this file is more than 7.999 bits per byte, which is very random.  A second example reading from a dictionary file:

This time we have a very different result, indicating significantly less entropy.  We can use this same technique to review the content of a packet capture to solve the problem posed at the beginning of this article.  First we need to extract the payload data out of the packet capture; this is straightforward with Scapy:

Here we created an output file "payloads.dat" and used the Scapy sniff() function to read from "capture1.dump", using the Berkeley Packet Filter syntax to process only TCP or UDP traffic, calling the function "handler" for each packet in the capture file.  The handler() function simply writes a string representation of the packet.payload.payload.payload (that's the original packet, Ethernet -> IP -> TCP (or UDP) payload) to the "payloads.dat" file.  Next we can assess the payloads.dat file with Ent:

Ent is telling us the content is not encrypted in each of the tests; not even close. Let's look at capture2.dump:

Repeating the Ent analysis with the results from the 2nd packet capture reveals the following:

As expected, Ent reveals that the 2nd capture has a very high entropy level with all tests indicating the high degree of randomness in the payloads.dat file.

Finally, just to validate our earlier analysis for the obfuscated data in capture3.dump, one last analysis exercise:

And our analysis with Ent:

Again we show that the obfuscated data, despite not looking like unencrypted data, is not encrypted.

Evaluating the content of a packet capture is a common task for a pentest, though it can be equally useful for incident response analysis for unknown protocols, or perhaps even forensic analysis.  Both pcaphistogram and Ent gave us the answers we needed to answer the opening question.  I generally use Ent for my own analysis purposes, though I’ll re-run the data through pcaphistogram when I’m doing reporting since the output of pcaphistogram is much more interesting to look at and easier to understand than explaining the Chi Square Distribution test. 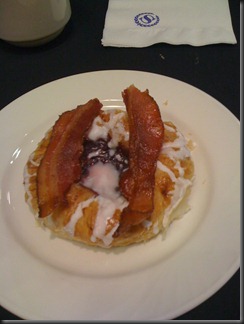